A March 7, 2013 Dominion Post article says Sheriff Al Kisner of Monongalia County, West Virginia found an intent to mislead in the way Longview's Payments in Lieu of Taxes (PILT or PILOT) are being made to the Board of Education, and this was by design, according to former County Commissioner Asel Kennedy. Longview also appears to have been woefully undervalued, resulting in the County being shortchanged in payments.

Are they doing this to get around the State School-Aid Formula? Hmmmm......

A recent Dominion Post news story reports that the Sheriff of Monongalia County, West Virginia is investigating alleged funny business with Longview's payment to the Board of Education. There may be potential wrongdoing in the way Longview is making its Payment in Lieu of Taxes to the county school board. Longview avoided paying its fair share of taxes by negotiating a far lesser sum with Monongalia County. Now it appears the way those payments are being made is in question.

''...like two-thirds of the entire annual national generation of coal combustion waste from all power plants.''

Ash will be piled up to 500 feet high

Guess where Longview's Ash will go

State Journal, 2010 and other sources 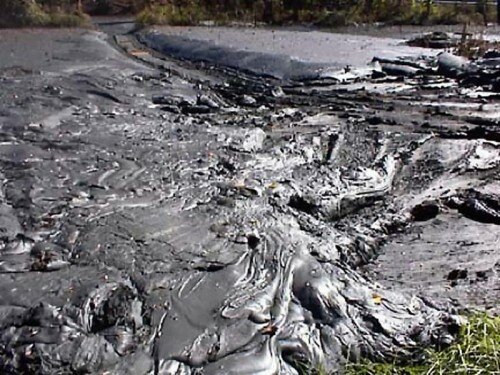 Verbatim quote from the State Journal:

... Morgantown-based Coresco LLC, is a surface mining control and reclamation act permit -- but involves no mining. "The proposed Coal Refuse Disposal Area No. 4 will not include coal removal and will strictly be a refuse disposal site," the applicant states. Coresco proposes to combine coal preparation refuse from its local mining operation and CCW from the Hatfield's Ferry, Fort Martin and Longview power plants on a 350-acre site near the Monongahela River.

The company would deposit up to 2.8 million tons of material each year for 25 to 30 years to a final height, in one area, of up to 500 feet.

The West Virginia chapter of the Sierra Club commented on this permit. ''There does not appear to be any beneficial purpose to the disposal of the coal ash and combustion byproducts,'' the comments read. ''We recommend that the beneficial use designation be determined to be inapplicable to this permit, and that a solid waste landfill permit be required, complete with liner, leachate collection and leachate leak detection systems.''

Stant [Jeff Stant of the Environmental Integrity Project's Coal Combustion Waste Initiative] placed the project in context. "It's a huge, a huge operation," he said. "(The completed project) is like two-thirds of the entire annual national generation of coal combustion waste from all power plants."

From the public notice:

3. LOCATION: The site is located approximately 1.4 miles northeast of the town of Maidsville, Monongalia County, West Virginia, Latitude 39° 42’ 25” / Longitude -79° 58’ 07”. The project is located on unnamed tributaries of Crafts Run, a tributary of Robinson Run which is tributary to the Monongahela River.

4. PURPOSE AND DESCRIPTION OF WORK: CORESCO, LLC proposes to construct a “coarse” coal refuse pile and disposal area. In addition to coal refuse, various coal ash materials will also be disposed of at this site. This disposal area comprises 355 acres and would impact 510 linear feet (jurisdiction stream channel) of an unnamed tributary of Crafts Run and 0.15 acres of palustrine emergent (PEM) wetlands.

Mitigation will be accomplished by restoration work offsite on a stream named Crooked Run (1.2 miles to the north), which is also a tributary of the Monongahela River. This restoration work will include stream bank stabilization and re-connection to the floodplain, riparian zone (50 feet wide) plantings and fencing, and plantings to enhance abutting wetlands. 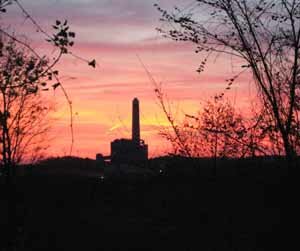 Even though it has already obtained approval for $600 Million in bonds from the West Virginia Economic Development Authority, Longview held its hand out again and received approval for another $47.8 Million from the Development Authority.  Now Longview Power is asking the West Virginia Public Service Commission to make a determination that those $600 Million in bonds "do not offend the public interest."

Who gets hurt here?  All West Virginians suffer because these low-interest bonds are tax exempt.  So while West Virginia cuts its budget a third time this year for lack of tax revenue, it gives tax breaks to unsound companies like Longview Power.

A Senior Attorney for Penn Future recently wrote a letter to the Editor spelling out some of the complicated maneuvers being conducted by local mining companies and Longview affiliate, AMD Reclamation, Inc. (AMDRI), with respect to injecting untreated mine water into various mines and then discharging untreated mine water into Dunkard Creek.  He filled in some of the gaps from an earlier letter to the Editor about how the Departments of Environmental Protection in both states have allowed such discharges.

Dunkard Creek flows in both West Virginia and Pennsylvania, crossing the state line several times before ending up at the Monongahela River.  It was the site of a massive fish kill starting in September 2009 which resulted in the destruction of most of the animal species living in the stream including fish, mussels, and salamanders.
Photos and more information»

From the start, Longview promised it would obtain its cooling water from underground coal mines in nearby Greene County, PA that were threatening to "break out" and discharge acidic water to nearby creeks and the Monongahela River.  AMD Reclamation, Inc. (AMDRI), established and operated by GenPower (Longview Power's owner) obtained over $7.5 Million from the Taxpayers of Pennsylvania, with additional money coming from MEPCO/Dana/Laurita Mining, supposedly to pump and treat mine water to be used for Longview Power's cooling water.  AMDRI is now pumping, but not treating, acidic mine water and discharging it who knows where.  As one of its lies, Longview has done an about face and says it will now use cooling water from the Monongahela River, not from treated mine water. Using treated mine water was one of Longview's promises to help the environment it is degrading.

How Many Power Plants do We Need Here?